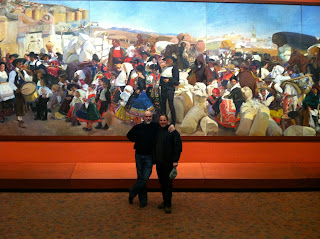 Yes, I'm sure many have taken the pilgrimage and seen the amazing "Visions of Spain" Murals done by Joaquim Sorolla and other works in the main building at the Hispanic Society of America located on Broadway and 155th Street in New York City.

But a surprise to me are the countless works by Sorolla and several other 19th and early 20th spanish artists hidden out of view and practically kept as secret treasures to behold any dedicated and possessed "Art Hunter".

Privileged as I am to know Andrew Lattimore, an avid and dedicated hunter himself, was able to secure a private viewing for a group of his wonderful students and I from his saturday drawing class at his fabulous studios in Cornwall, NY.  http://lattimoreatelier.blogspot.com/

In darkened, locked rooms kept out of sight The hispanic Societies, Andrea M Ortuno explained due to lack of funding, many areas of this large beautifully constructed Museum are closed till further notice.  The un-renovated library sits, almost as a storage space including maybe, 15-20 portraits done by Sorolla. A large unframed canvas propped up on 2x4s looks as if an unfinished formal portrait done of Spanish dignitaries. Including in this large 9 ft high by possibly 14 ft long painting is the King of Spain seated at a table with others, including Sorolla self portrait seated to his left. Amazing! 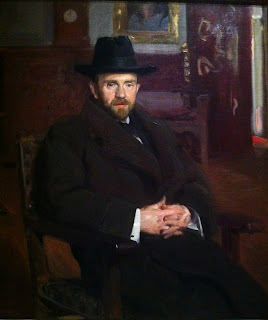 The entire North building houses a collection of probably 40-50 works by Sorolla as well as several other artist from Spain of amazing power and presence.

Below are more examples and close up details , imaged by my iphone camera, as best I could.
We're making arrangements to visit again soon to spend more time with these amazing artists and works, to examine more closely, photograph and possibly do a study or two.

Thank you to Andrea Ortuno, Coordinator of Education & Public Programs for the tour as well as Marcus Burke, Ph.D., Senior Curator, for his in depth, expert colorful descriptions and stories of the "Visions of Spain" Murals in all their glory and restorations.

And so grateful for Andrew, arranging this all.  His deep and warm friendship toward our mutual artistic passions as well as his generosity and impeccable knowledge is a living treasure to us all. 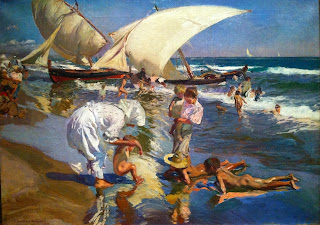 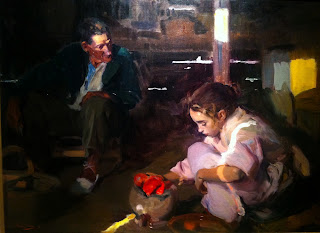 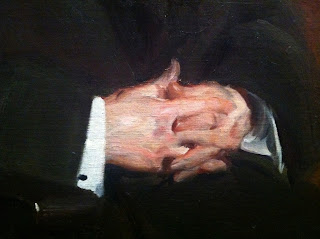 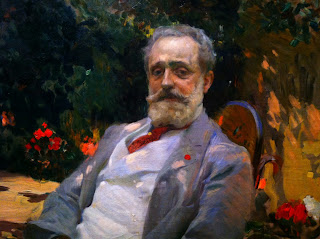 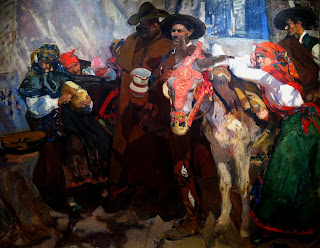