The Point
Winding down another season of Striper fishing on the Hudson River.


What I referring to is a little spot named "Plum Point State Park" along the banks of the Majestic Hudson River about 60 miles due north of New York City, where I was born and raised. Well,... that's another story.
Several years ago I was plein air painting along the River a couple of miles from my partially renovated 1790 stone house and art studio in progress, post and beam barn.  I noticed a group of guys fishing and wondered, what could they possibly be catching but some pcb ladened old tires and sewage. When I approached and asked this group of men ranging from the very young to the very old,  from all races and what seemed diverse economic backgrounds, they looked with amusement at the curious white man with paint box and wet canvas and said "Stripers buddy!"

That rang in my head since as a young boy my dad used to wake me up a 4 AM on the weekends during the summer and fall,  throw me and his fishing equipment in his old pontiac station wagon and drive from our apartment in Manhattan to shore points from Sandy Hook, NJ to Montauk, LI.  We would spend the better part of the day, him fishing and me trying not to let him know my
line was tangled... again.
As I grew older and my artistic pursuits became my life's passion, I would bring my paint box along and he would ask with a snarly tone,  "are you gonna paint or fish?" and I would reply as any smart assed 16 year old would, "if you catch something,... I'll fish". What escaped me at the time was the simple human narrative,  1 person's attempt to escape life's daily entanglements in search for some small spiritual meaning of it all and the contemplative aspect of "fishing" which it's aptly called, instead of "catching".
As I would learn from these men at the "The Point" the Stripers would travel up the hudson to spawn every spring from early May till June and experienced and novice fishermen alike would ascend to catch the "big one. Which at times could get close to 50 lbs.

I've been warmly welcomed by this group of Fishermen and over the last three seasons and I can honestly say they have brought much wisdom and joy to my life.... and my art.  I have met the most wonderful new friends.  From computer executives to ex cons, retired IBM workers to correction officers, business owners and blue color workers,  all are generous beyond words, sharing their honesty, heartfelt life stories as well as advise on the best fishing tackle, and how to tie an effective hook.


They leave their busy lives in the parking lot and walk down to the water shedding their stress adding true camaraderie and simplicity to their lives.  I am honored to tell this human story through my work bringing vision to what I believe are the most relevant and profound stories about humanity and the environment in which we find ourselves.  The bounty of the Hudson River with all its beauty and how it nurtures the soul from all who enjoy it now and have through the millennium.  It twists and turns, remaining and offering through our contemplations, inevitably finding ourselves. 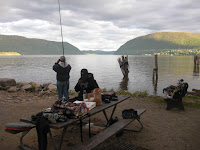 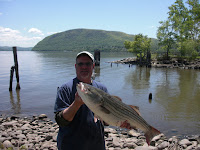 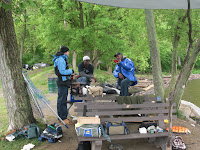 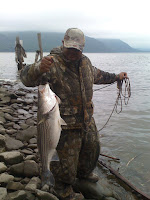